Torr were recently commissioned to produce some special windows for CERN.  The windows were welded into a pre-machined body and then subjected to a high-pressure test.

The LHC at CERN uses a beam of high-power protons which circulate around the 27km ring.  This beam would destroy anything thing placed in its way, so observation of the beam is somewhat tricky.

The solution is to use gas as a medium in the beam trajectory. It is then possible to observe the beam as it causes the gas to fluoresce as it passes through the ‘cloud’.

The sheet of gas is created by a 30-micron nozzle, it then passes through a series of 4 skimmers that transforms neon or nitrogen gas from 5 bars pressure into a gas sheet of about 1.5 mm thickness and 20 mm width. These nozzle and skimmers must be very well aligned and not be obstructed. The easiest way to prove this is by shining a laser through it.

The Torr Scientific window is the vacuum barrier between the gas at 5 bars and ambient air where the laser is located. From there, the laser passes through the nozzle and skimmers and is observed with a camera after the 4th skimmer.

Due to the high pressures involved, the window had to withstand more than the usual 1 bar differential pressure of a ‘normal’ vacuum system.  A special window was designed and optimised using finite element analysis, fabricated, and then independently pressure tested.  As part of the pressure test it had to withstand a pressure of 16bar.   We were pleased that our windows passed this test, they are now at the Cockcroft Institute in the UK where the instrument is being tested.  The photos show the window assembly mounted on a vacuum system.

If you have a similar special project that you would like to discuss, please contact us at sales@torrscientific.co.uk 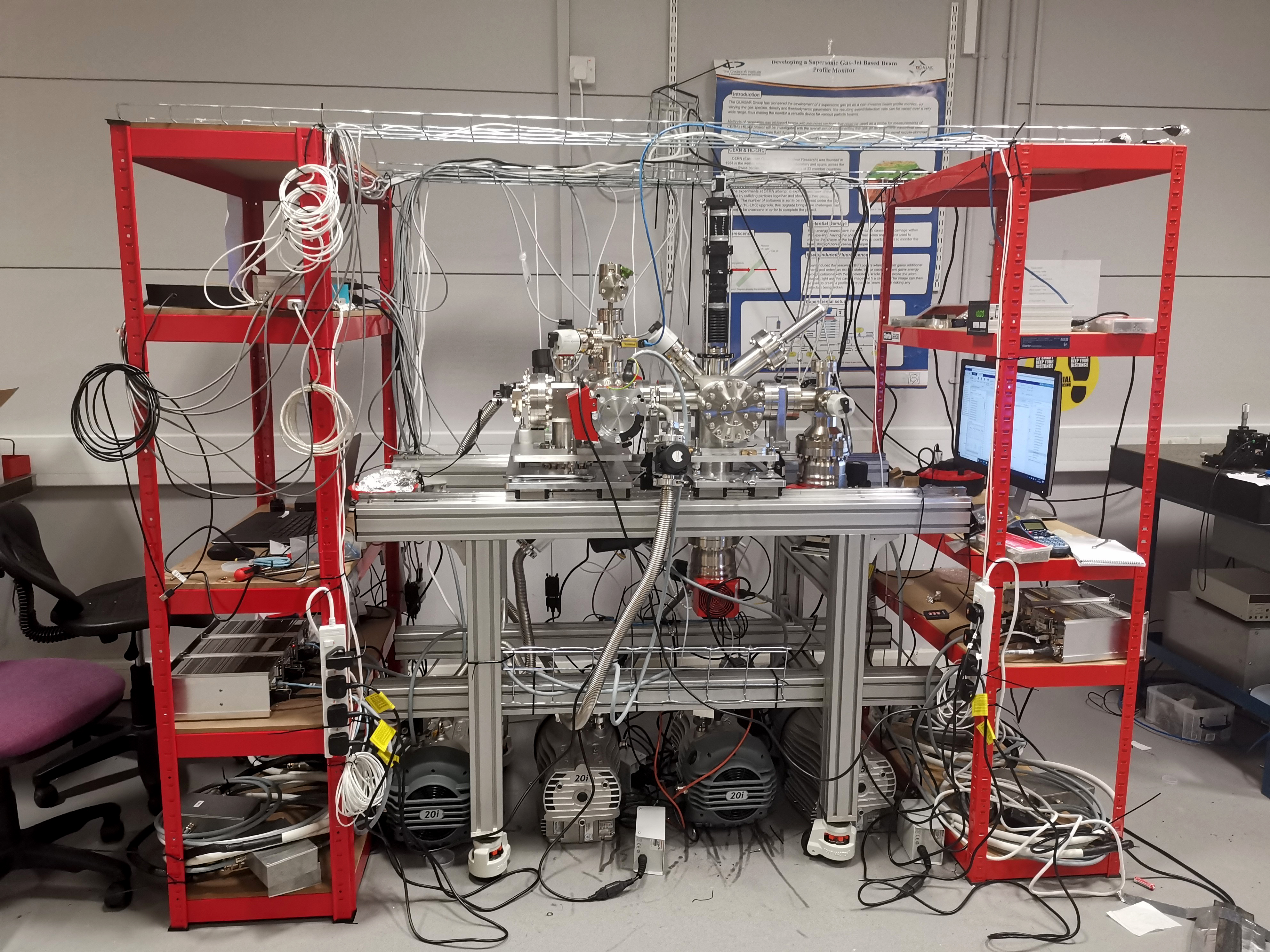 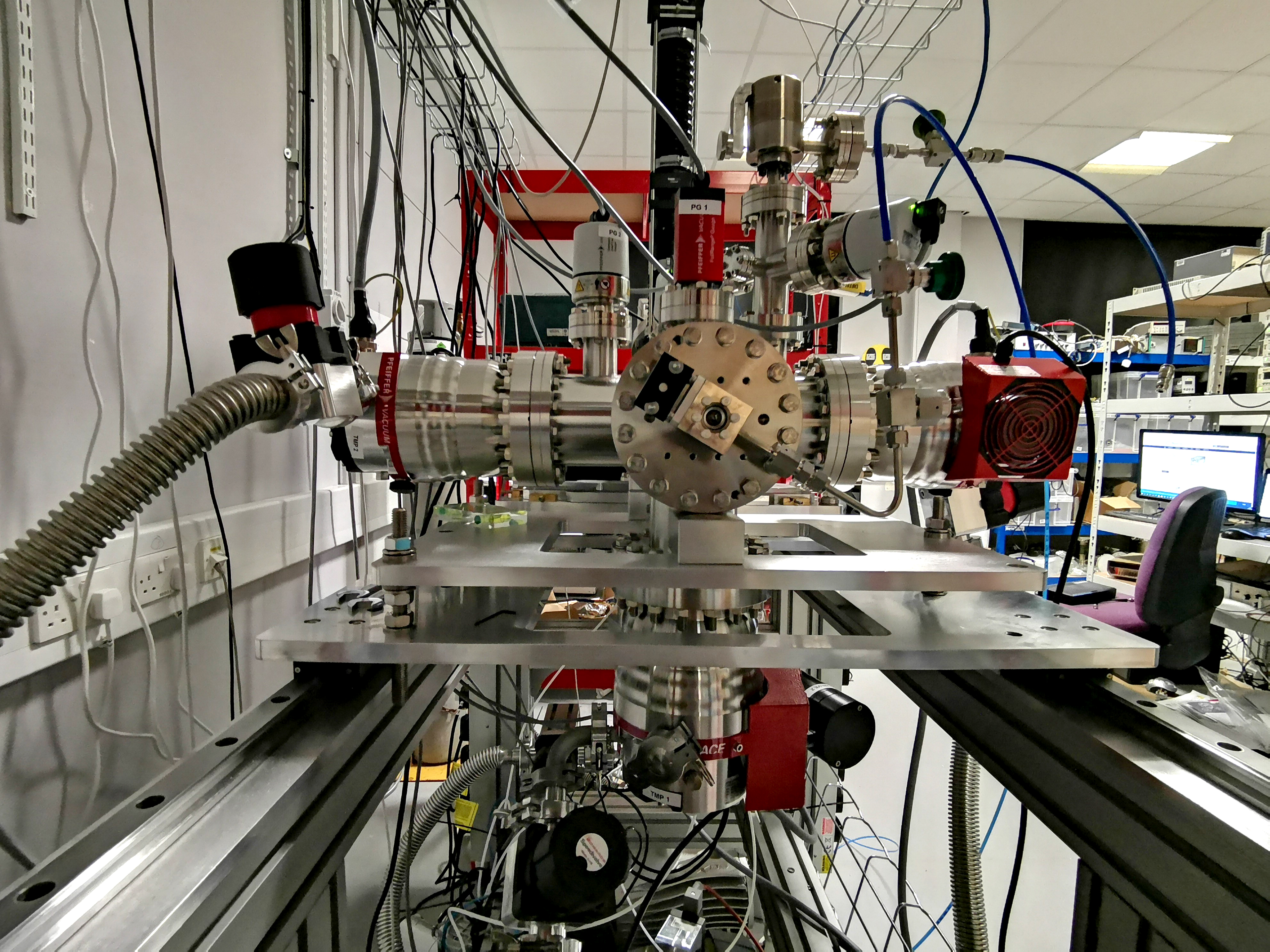 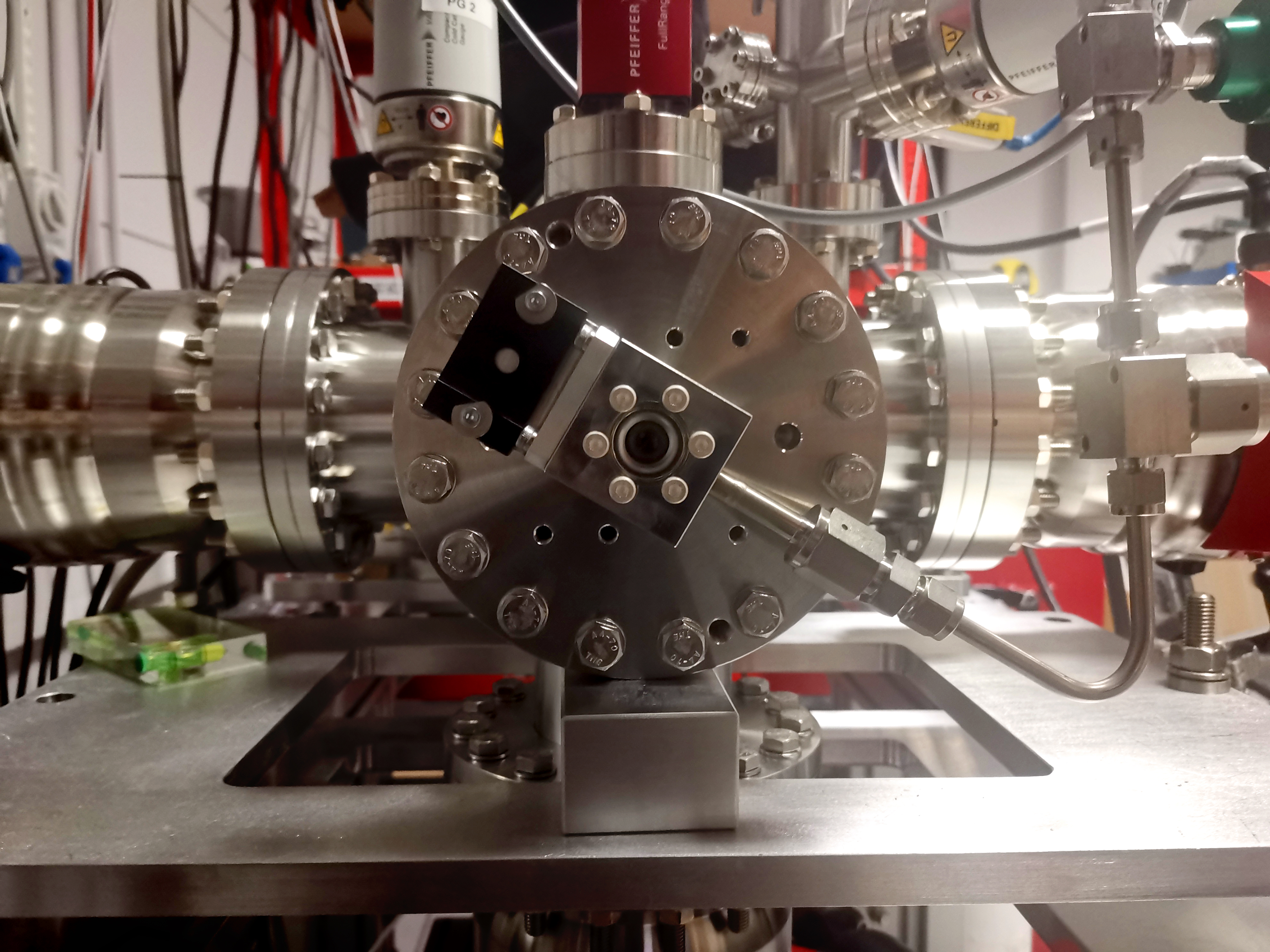 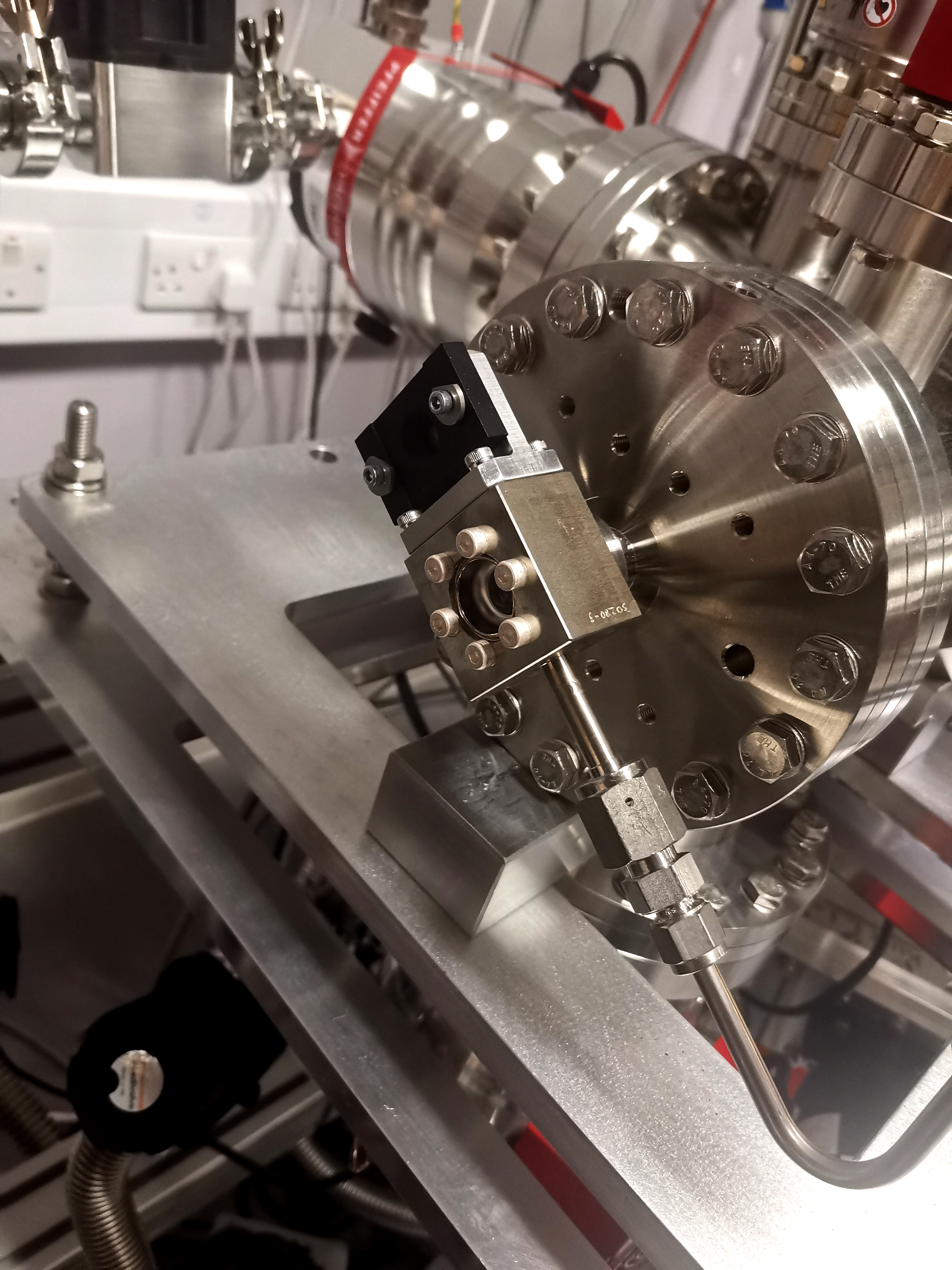